It is said that your dreams while sleeping reflect your present state of mind.

Should that ring true, chaos is my current state of mind.

My post-meltdown dreams last night saw me losing a friend’s guitar I was supposed to be keeping an eye on, missing my business class flight home from Thailand because I absent-mindedly misread my flight details, walking into a room full of people and onto a performance stage with my makeup impeccably done but without lipstick on and screaming in the crowded room unable to be heard.

I tossed and turned and tossed and turned and finally got out of bed at 1:40a.m. to drag the entire weight of the world into the shower. Showers always help. I’d never gotten into bed to sleep without showering beforehand. How did I end up in bed? The last thing I remember clearly was wailing my eyes out, unable to stop for over an hour. There is a vague memory of a whiff of essential oil, Fareez laying me down on yoga blocks and rubbing my head and shoulders. And then I woke up four hours later in bed.

In the shower I try to process what had just transpired but my subconscious shuts it down over and over again. Now is not the time. These showers are almost sacred. In all my past meltdowns, the shower has always been the final point where I wash away the tears, the fears and the insanity of the past hour. Showers always work. Showers always help. But last night was different.

Looking back, I’m coming to realize that my mind and body has been shutting down at least once a month, for the past year. In all of the times this has happened, I usually find myself paralyzed on the floor shedding a few silent tears, then feeling better and getting up within a span of 45 minutes or an hour. During these shutdowns, I go from airing my grievances and frustrations about work and life, to a deep glumness, followed by acceptance and a will to keep pushing forward. I hop into the shower and come out recharged and renewed.

But last night was no ordinary shutdown. It felt more like a full-blown meltdown. I hit Fareez once in the process and woke this morning before 8:00a.m. feeling worse than I did at my 1:40a.m. shower. I hung my head low and made it through my morning shower, threw on a t-shirt and a pair of jeans, slapped on sunscreen and made it to work. My eyes are telltale, and thankfully nobody asks. I retreat into my cubicle and soldier on with work, sorting out housemate drama while checking accounts and making myself socially functional during lunch. That’s a new-ish achievement I’ve been rather proud of – Being socially functional even when I’m down in the dumps. I’d never been able to do that before.

That sentiment hasn’t changed in the last eight hours I’ve been here at work, but after years of battling the same demons I’m aware that if I wait long enough this feeling always passes. It’s just unfortunate to be finding myself here again, spiralling into a darkness I’ve come to be so familiar with. At this point, I’m not sure which of the following I need more : To disappear for a week, to speak to a professional, to up and leave everything and everyone behind,

Or to simply suck it up and keep on keeping on? This is such an unattractive portrayal of Samantha de Lune, the singer and storyteller. 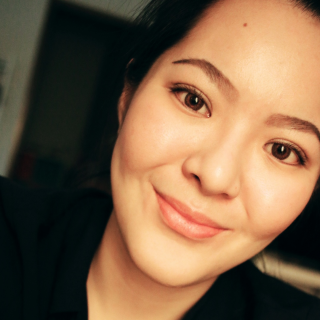